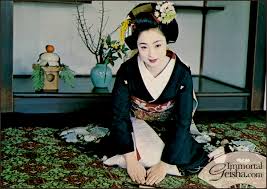 5 responses to “The Geisha: the prostitute of Japan?”