Why I Dance With Fire 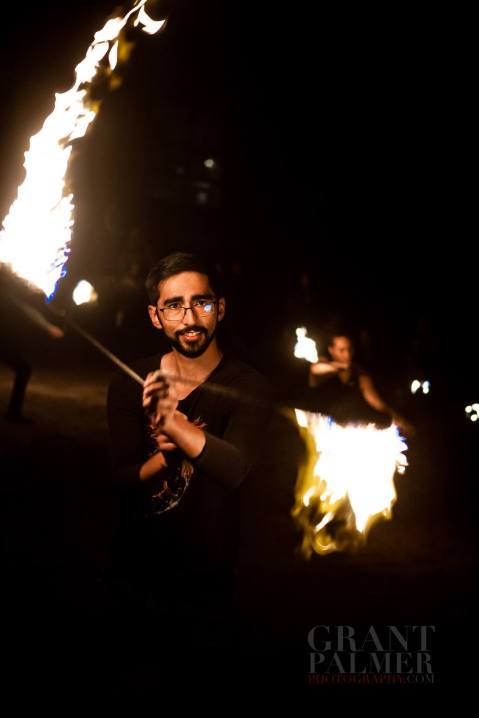 The first time I ever saw people dance with fire in person, I was enraptured, impressed, and very convinced that I would never be crazy enough to try such a thing. As it turns out, the people I was watching were some of my newest friends at the time, and have come to become some of my longest running and closest. Through them, I experienced a community and genre of art that has brightened the light by which I see my own path through the world, and I’d like to share that with you here.

Shockingly enough, the people I mentioned above have names. Sonali Rathod and David Beeler are two extremely skilled fire spinners, specializing in the ball-and-leash prop known as poi. They also inspired me to learn how to juggle, and did me a great service by taking me to my first FireDrums festival, where I was introduced to a community that, for me, has come to redefine the word “community”.

Never before had I seen such a clear central focus driving such an immense variety of skills and mindsets. Many use the phrase “flow arts”, but to me, “object manipulation” really seems to sum up the central theme of the community that I followed up with at events like FireDrums, Universal Flow Gathering, and, most recently, Manipulation. Staffs, hoops, fans, clubs, rope dart, and mixes and matches… every prop brings a new perspective of interacting with both the world and the mind. This incredible community has changed the way I’ve come to understand how to see and feel the world.

Playing with an object extremely well in popular culture either converges on circus arts or popular sports, the latter of which necessarily involves a winner and a loser. I think that’s what really separates the flow arts community from other types of play: everyone should win. The way fire spinners dance best, is together. They spend their days learning from each other, creating art, building upon each others’ skills and growing, rather than simply picking a set of metrics to determine a winner and loser.

But hey, this post is about FIRE. And it’s about time that I got around to it.

The first time I danced with fire, June 1st, 2013, I had practiced with a pair of sock poi for over a year and a half, and the experience was magical. My most basic instincts were screaming at me, demanding to know why the hell so much fire was so close to me, and why I wasn’t moving it away as quickly and permanently as possible… but my higher instincts of desire and fulfillment responded for me. My arms and legs moved through the practiced motions ahead of my thoughts. I heard the roar, felt the heat, smelled the fuel, and gripped the leash of the balls of fire that spun around my body as I wandered through the enormous circle of fire spinners. All around me, ecstatic performers danced with fire, their props alight with energy and flame, and since I was holding a pair of props that would burn me if I kept still, I moved. I moved to the music, to the crackling of the fire, and lost myself with in entirely.

I mentioned the term “flow arts” before and it may have been in passing, but I now want to revisit it much more intensely. If you’ve ever lost yourself entirely in a task, you have experienced flow. If you’re like me, perhaps a chart would help: 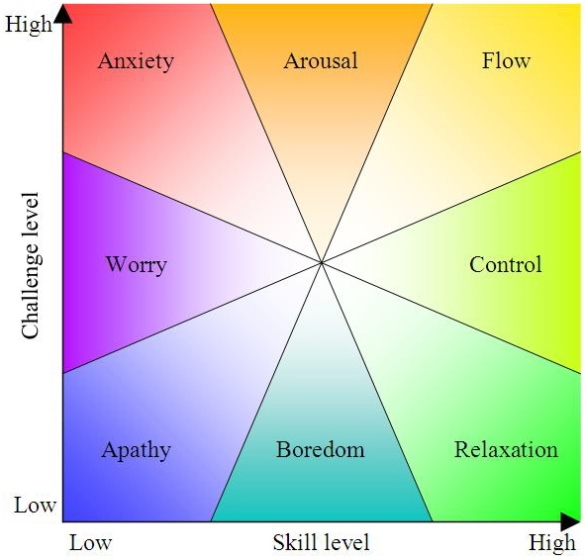 The Flow Arts in the context of object manipulation is a genre of activity that I cannot recommend enough to literally anyone with a healthy, moving body.

And if you’ve spend any amount of time looking at fire, then you know that it certainly flows. Personally, I believe that the conversation between my intentions and my instincts (that felt more like a shouting match at first) has helped me grow immensely, not to mention the people I’ve connected with through this hobby that I find are far more in touch with their instincts than most.

I often think of the human ancestor that first had the instinct to, rather than run from fire, stay near it and use it for warmth… whose offspring, perhaps several generations down, dared to try and use the fire to cook meat or separate metal from sand. I wonder how absolutely insane that first ancestor must have seemed to their peers.

How insane would you be to play with fire?